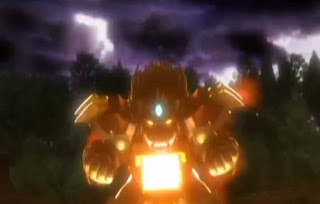 It's not as memorable (nor as goofy) as Hasbro's original ad, but it does a good job of saying "Here is a new line of figures, also, we enjoyed Dragon Ball Z too."
Posted by Adam16bit at 12:35 AM