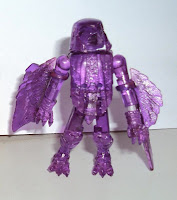 The battle isn't over!  Today we received an email from Diamond Select Toys about the return of Battle Beasts Minimates.  They say:

"Now, with Series 2 in development and a new comic in the works, Diamond Select will be giving away a new promotional Battle Beast at this year's show!

"Shadow Merk is a new figure of Merk, the deadly falcon who forms one-third of the band of Beast heroes at the forefront of IDW's comic book mini-series. Cast in translucent purple plastic, the figure will be given out each morning at the Diamond Select Toys booth, #2607, in a sealed plastic bag. A limited number will be available each day (but not on Preview Night), so make the DST booth your first stop!

"Also, be sure to pick up Series 1 in the store at the DST booth, check out a few Series 2 prototypes in the DST display cases, and come learn more about what's next at the Minimates panel on Saturday at 1:30 in Room 8!"

Thanks for the heads-up, Diamond!  Naturally, we'll be there with a camera and many annoying questions.

The Armorvor Engineer Mimic is up for sale at Onell Design right now for the low-low price of $8.00.  If you order it, and love Battle Beasts, I'd suggest ordering one or more Crayboth figures as well - they're sized similarly and lots of fun. 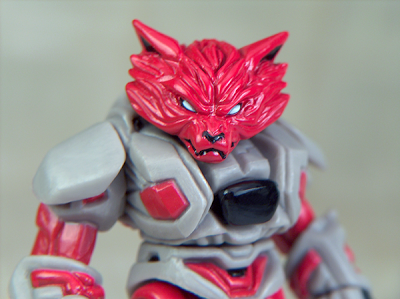 This fine furry fellow is limited to one (1) per customer.  Which stinks as I wanted two, I need new bodies for my The Godbeast heads!
Posted by Adam16bit at 6:40 PM No comments:

In this evening's Glyos drop was a new Armorvor, the Engineer Mimic Armorvor.  It's effectively a reversed Venjorun Armorvor figure, which is pretty awesome!  Unlike previous releases it did not immediately sell out, but the Onell Design store is down for maintenance so you may want to keep checking back to see if it comes back online. 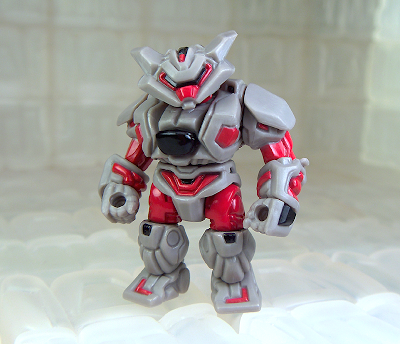 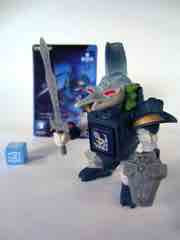 I'm a sucker for aquatic creatures, so the Swordbill figure was right up my alley. The fact that he wears crazypants, "I'm Griff's henchman buddy in 2015" glasses is a nice bonus. The goggles are huge and goofy, I suppose their inclusion was to give this creature the kind of stereoscopic vision that we humans enjoy. You know, by not having eyes on the sides of our head. For all I know they're really x-ray spex, but only Polly knows for sure and she's dead.
[ READ THE FULL REVIEW ] 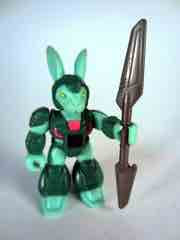 Another one of my very first Battle Beasts was Hare Razing Rabbit, a simple figure with two arm joints, a spear, and a second figure in every pack. For about four bucks you could get two cheap (but fun) figures in the 1980s. Heck, for $1 you could get a pack of four random M.U.S.C.L.E. guys. Today, astonishingly, you can still get a Hot Wheels car for a dollar but not a heck of a lot else. The reasons for this are many: increasing labor costs, higher materials prices, and a constant ascent in fan demands for figures that have more parts and more deco. I was pretty amazed that Diamond got its new Minimates Battle Beasts to Toys R Us for $7.49 per pair in early 2013.
[ READ THE FULL REVIEW ]