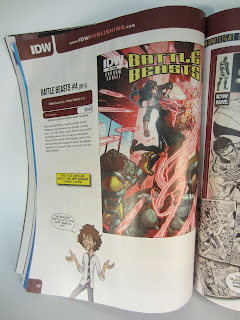 Will Vorin get his groove back?  Will Gruntos' pizza arrive before it gets cold?  And will Merek find love in the city?  Hopefully all this and more await us as the series concludes!
Posted by Adam16bit at 5:31 AM