Trent Troop is a busy guy - in addition to BMOG he's apparently sitting on some designs for new Battle Beasts-adjacent figures that he's trying out on Shapeways. 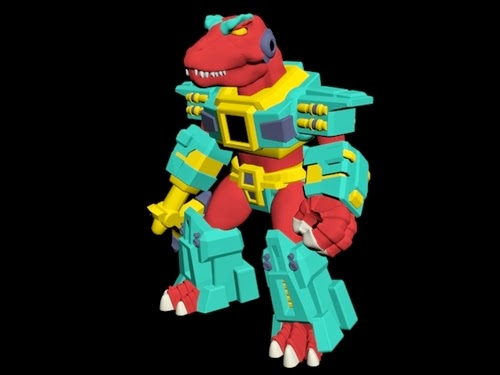 Atomic Allosaurus is only on his Tumblr right now, but it's pretty cool.  If you liked Dinosaucers you're probably going "Oh, yes, I like this."  He has an axe hand and is all sorts of awesome.  No release date is known. 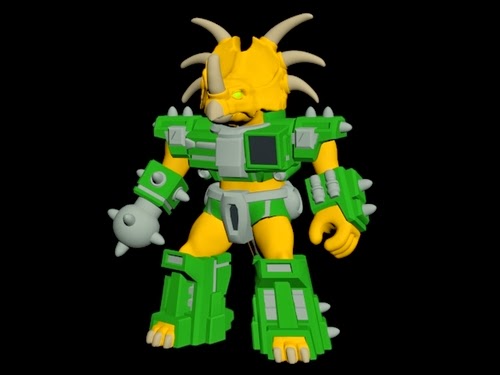 Joining him is Stalwart Styracosaurus, also only on Tumblr for now.  He has a mace hand and is similarly really nifty.
Posted by Adam16bit at 5:59 PM