We got the press release, now we're going to share it with you. 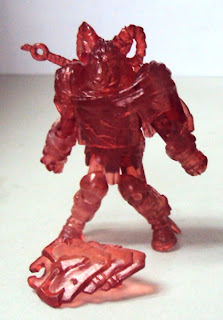 TImonium, MD (April 12, 2012) - Since 2010, Diamond Select Toys has been searching to find the right partner to introduce their Battle Beasts brand to a broader audience. Now the search is over, and DST and IDW Publishing have teamed up to immortalize a new breed of Beasts! At this year's Chicago Comic and Entertainment Expo (C2E2), which runs from April 13-15, the two companies will offer a taste of what's to come: DST will give out an ashcan preview of IDW's upcoming BATTLE BEASTS comic-book mini-series, as well as an exclusive promo Minimate of one of the book's lead characters!

"We are thrilled to have found a partner in IDW, a company that understands toy fans just as well as they understand comic book fans," said director of Diamond Select Toys Chuck Terceira. "Their experience with licensed comic books -- and with the dedicated fan bases they write for on a monthly basis -- is proof that the Battle Beasts brand is in the right hands, and we look forward to working with them for this mini-series, and, hopefully, beyond!"

The mini-series is written by Bobby Curnow (Godzilla Legends, Night of 1000 Wolves) and penciled by Valerio Schiti (Teenage Mutant Ninja Turtles: Donatello, Dungeons & Dragons: Eberron). It focuses on a group of renegade Beasts who return to Earth to protect the ultimate weapon (and the human who activated it) from an armada of their violent brethren. The ashcan will reprint the first eight pages of issue #1 in full color, and fans will be able to get a free translucent Minimate of the ram Vorin while supplies last. Both will be given away during C2E2 by DST at booth #311. 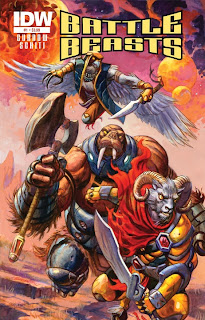 "BATTLE BEASTS is a great fit for IDW", said writer Bobby Curnow. "What's so important about toys is they enable kids to build worlds in their imaginations, and create stories for those worlds. Since I never really grew up, getting the chance to help create the new Battle Beasts in comic form has been a fantastic and supremely fun experience. The world has been turned upside down with the arrival of the Battle Beasts, and we're going to have a great time showing just how crazy things get. IDW has a lot of experience finding riveting stories in toy-based licenses, and I hope BATTLE BEASTS is no exception. I know for a fact that Valerio is knocking it out of the park. His art is going to floor a lot of people."

And the excitement does not stop there -- at San Diego Comic-Con (July 11-15), IDW will launch the BATTLE BEASTS mini-series with issue #1, and DST will unveil the first full wave of Battle Beasts Minimates, which will be in stores in late fall of 2012! The first wave of two-packs will focus heavily on characters who appear in the comic, and will have a gameplay element, as well. DST will also have an exclusive two-pack of Battle Beasts for sale at the show.

Minimates are 2-inch minifigures created by Art Asylum in 2002. This year marks the brand's 10th anniversary, and in that time Diamond Select Toys and Art Asylum have released over 1,000 Minimates for nearly 50 separate licenses. Highly detailed and highly poseable, each Minimate features 14 points of articulation and comes with plenty of interchangeable parts and accessories. 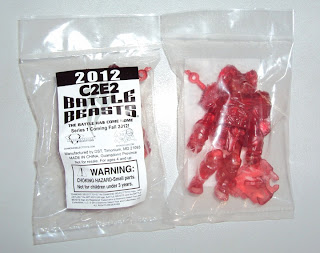 Visit BattleBeast.com for more information about the comic book and toy line.

Visit IDWPublishing.com to sign up for updates and learn more about the company and its top-selling books.

About IDW Publishing
IDW is an award-winning publisher of comic books, graphic novels and trade paperbacks, based in San Diego, California. Renowned for its diverse catalog of licensed and independent titles, IDW publishes some of the most successful and popular titles in the industry, including: Hasbro's The TRANSFORMERS and G.I. JOE, Paramount's Star Trek; HBO's True Blood; the BBC's DOCTOR WHO; Nickelodeon's Teenage Mutant Ninja Turtles; Toho's Godzilla; Wizards of the Coasts Magic: The Gathering and Dungeons & Dragons; and the Eisner-Award winning Locke & Key series, created by best-selling author Joe Hill and artist Gabriel Rodriguez. IDW is also home to the Library of American Comics imprint, which publishes classic comic reprints, and Yoe! Books, a partnership with Yoe! Studio.

IDW's critically- and fan-acclaimed series are continually moving into new mediums. Currently, Jerry Bruckheimer Films and Disney are creating a feature film based on World War Robot, while Michael Bay‘s Platinum Dunes and Sony are bringing Zombies vs. Robots to film.

About Diamond Select Toys
Diamond Select Toys and Collectibles, LLC, was founded in 1999 by sister company Diamond Comic Distributors, Inc. Headquartered in Timonium, MD, Diamond Select Toys was envisioned to create unique and exciting collectibles for children and adults alike, and today the company licenses a wide range of pop culture properties from partners such as Marvel Enterprises, Microsoft, Universal Studios, Twentieth Century Fox, Hasbro, MGM and Sony Pictures. In 2007, Diamond Select Toys acquired select assets of the New York based Art Asylum, creators of the global Minimates brand. Minimates have been recognized as the #1 selling block figure in the world and were the first toys ever to be inducted into the ToyFare Magazine Hall of Fame. In addition to Minimates, Diamond Select Toys manufactures a broad variety of products for the specialty and mass markets, including figures, statues, banks, role-play items, replicas and housewares.
Posted by Adam16bit at 6:00 PM